You would be surprised to know that almost every single car that is delivered to the shop for tuning with work done elsewhere encounters one of these three very common issues, and results in additional time and spending required.

While we won't be covering the last two points in this article, we will be going into depth about Low Fuel Pressure.

Let's go over some of the fundamental components of a fuel system first.

It's important to understand what all of these parts do so that you may understand fuel flow, and pressure - and that they are different.  Fuel flow is typically measured in Liters Per Hour (LPH).  This really only means that under the given test parameters and circumstance, that the fuel flow would equate to this amount.  If you change any of the variables, such as fuel line diameter, fuel pump voltage, fuel system pressure, fuel temperature, or fuel type - the fuel flow will also change.

Fuel Pressure is also commonly misunderstood.  The pump doesn't really build fuel pressure.  The fuel pump merely provides fuel flow.  Without a restriction, there would be no pressure - pressure is merely resistance to flow.

To understand this, we can make a simple garden hose analogy.  If you've ever used a garden hose, you will agree that if you hold the hose without a nozzle the water will simply run out without really going anywhere far.  If you block the end of the hose you will feel quite a bit of resistance - the hose wants to straighten out, the water is escaping still but now it shoots out much further.  The water supply has not changed - yet we observe two different pressures as well as flow rates.

Rising rate fuel pressure regulators are responsible for equalizing the pressure differential between the fuel rail and the intake manifold. This is all important to understand, because when picking a fuel pump - you think "I'm going to run 43psi fuel pressure" But in reality, you're not.  You're going to run that PLUS whatever boost pressure you're planning to run.  That could be a total of 70+ Psi for many applications.  Lots of fuel pumps won't flow anywhere near their advertised LPH at the pressure you're possibly running.

Common mistakes made when installing a high flow fuel pump

I would say that practically every single fuel pump installation we inspect is done incorrectly.  The fuel pumps often come with instructions that are very simple and clear, but most people seem to think they don't need to follow the precautions or that they won't have any issues if they just "drop it right in" When we get around to tuning cars with improperly installed fuel pumps, it usually becomes apparently right when we're doing wide open throttle cars.  We always log fuel pressure and have a special table set up to compare the fuel pressure to the intake manifold pressure to ensure the pressure differential remains constant.  If we see any change in the relationship, you've got fuel pressure problems.  If you continue to tune and disregard the issue, you may be able to temporarily work around it, but you're likely going to end up with melted pistons or detonation.  We all know that's a hell of a lot more expensive than upgrading some basic wiring and cleaning grounds. 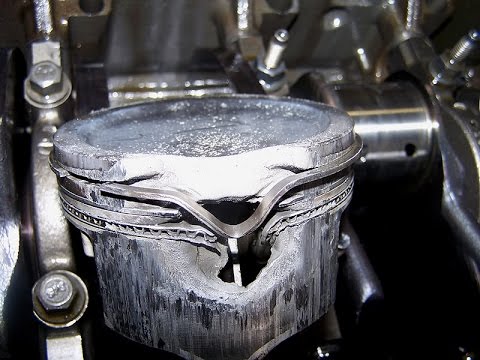